A collection of supplementary information, animations and citations for the poster I presented at the Granada Quantum Matter Summer School.

Thanks for following the QR code to get more information about my poster/work. In case you need a refresher, a small version of my poster is below (right-click to view it full). Keep scrolling beyond that to see the extra information and animations I couldn’t fit on it, due to the limits of paper. 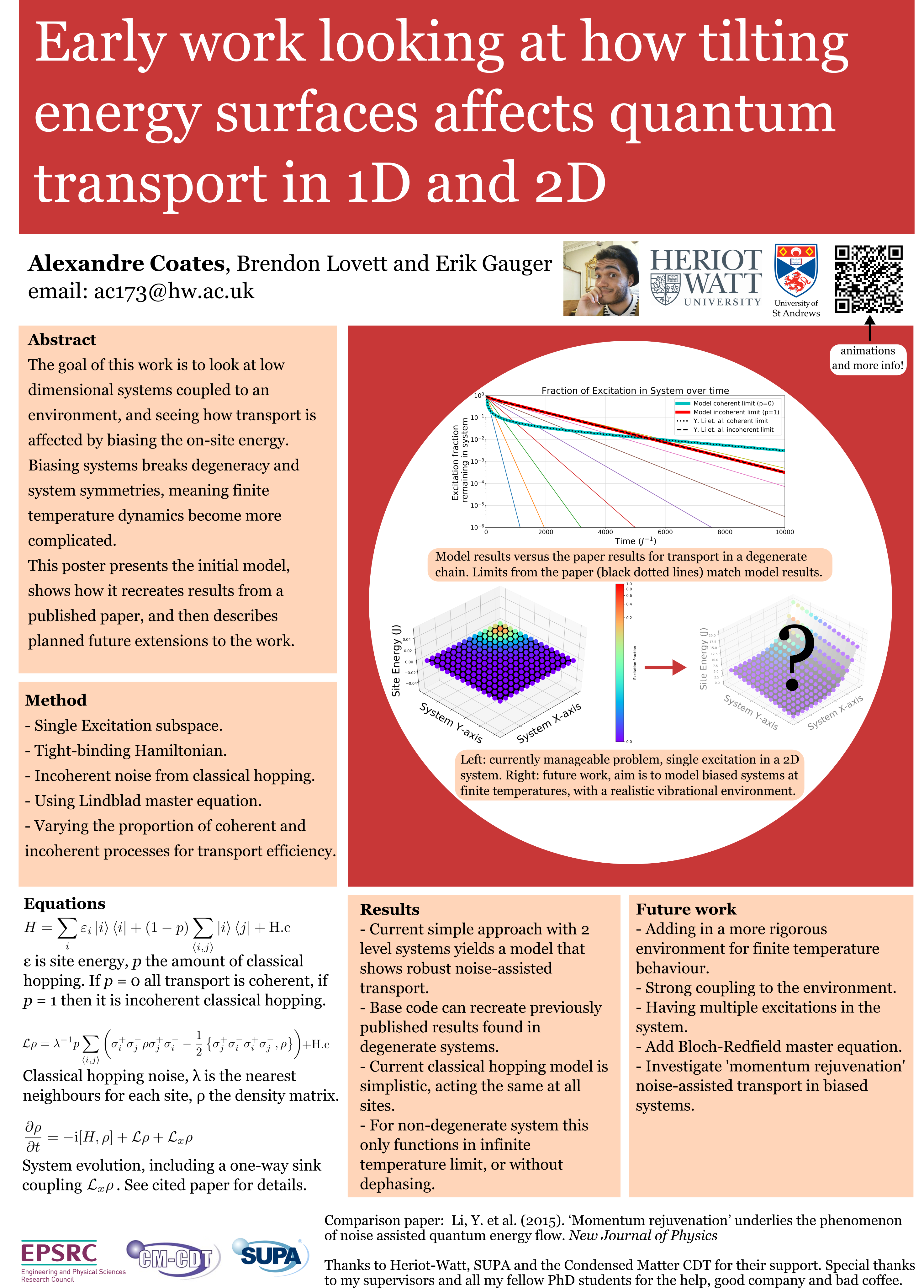 If that looks right - then you’re in the right place. If you have any questions or comments about the poster, please let me know at my email.

First I must give kudos to the paper that has inspired and directed a lot of this initial work. That is, Li, Y. et al. (2015). ‘Momentum rejuvenation’ underlies the phenomenon of noise assisted quantum energy flow. New Journal of Physics. The paper handily describes an underdiscussed mechanism for noise-assisted quantum transport, that being the prospect of pumping excitation states from lower momenta, to higher momenta. In addition to that, it also provides open source code! The main work I’ve recreates is that shown in Figure 2, that is the transport dynamics of a length 40 chain, for various mixes of quantum and classical transport. Future work may also build off the latter half of the paper to look at driving such a system.

As a poster can’t show you animations, here are the central 2D figures, and some additional 1D chains, now in glorious motion. These are a work in progress, but good for showing the physics more visually. Quantitatively the tilted systems function the same as degenerate systems, but transport more slowly, which is due to the limited classical hopping present in the model. The degenerate animations agree with the physics from the paper described above.

While these demonstrate that the excitations really do move through the systems as described, they also go to show that the current model isn’t sufficient to add in the real directionality one expects of a finite-temperature biased system. That is hopefully what is coming next in my work. Watch this space!

Right, that’s everything I could think to include. Thanks for checking the information out.

Have a lovely day, Alex